The Novel Line Up

So far, I’ve decided on the following stories in the Carnies Series:

Heather’s Turn
(the first novel introducing you to the lead characters)
Alice
(The tragic love affairs of the lovely Alice–yes, Talon was not the only one!)
Dreams
Shiesha has plans for herself but so does everyone else…
Patten Lane
(James’ Story…”I’m not Heather”.)
Disloyalty Runs Deep
(Miguel realizes just how much Heather and Talon are alike. Can he forgive her and move forward with their relationship?)
Talon
(Alice told you the good stuff–now it’s Talon’s turn to tell you the rest.)

Here is a picture of me inside the home that inspired Heather’s Delray Beach Home! I’m standing in front of the kitchen and to your right (before the door) is where Mamaw Avis and Talon have their heart to heart conversation. This was my friend’s house for many years! 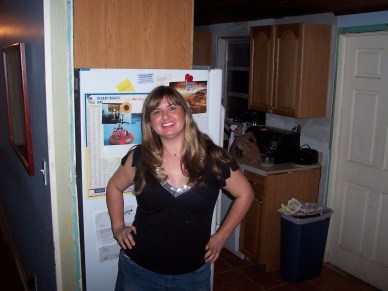 When I first moved out on my own, I kept feeling like their was gas leaking from my stove. Maybe there was–or not ;o) I think I was just letting my imagination get away with me. Either way, the thoughts created an excellent addition to my ever growing story, Heather’s Turn… This is the stove that inspired the ‘fire’ caused by Mr. Pritchard.

When the Carnies reach Mobile, Alabama, they’re forced to live in a tiny trailer owned by Mr. Pritchard. When you walk in, to the right, is a love seat and lazy boy chair. To the left, a 2 person table and tiny kitchen. Then, past the table, a hallway leading to a bathroom and bedroom. The inspiration behind Mr. Pritchard’s trailer was actually my very first home!!! Here, in the pictures below [minus the bugs–that was an add in ;o) ] you’ll see the resemblance!

The living room. See the love seat? Also, barely, you can see the lazy boy chair under the a/c unit, along with my beach chair since I did live in Florida!

If you’re on the sofa, see the carpet, you have the kitchen, 2 person table and the long narrow hallway that leads to the bathroom and bedroom

Look how small! The door to the right is the living room and to the left the 2 person table where Shi and Charlie do their homework, where family discussions take place, etc.

Character Description: Heather Williams is an orphaned carny freak who lives at a traveling carnival with a retired clown. When she tries to help a fellow carny, Heather is forced to leave the only home she’s ever known, along with some of the other carnies, to live in our world. Heather soon learns, finding a place where she’s accepted–just isn’t easy… 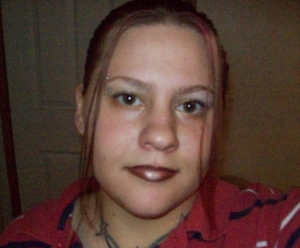 Heather is the author’s younger sister. She was raised in Pompano Beach, Florida and is the proud mother of two, a boy and a girl. The real Heather, recently overcame Leukemia and despite the doctors, was blessed with a little boy!

“They told me I couldn’t have a child!”

Heather’s son, Michael, is named after her good friend, who died at a very young age.  Amberlyn, her oldest, is the inspiration for the author’s character Amberlyn, the baby Octaloon, in The Fall of Gadaie Series.

Why the author chose her name, Heather, to represent the character:

The Character in the story represented a person who, despite all odds, was strong enough to overcome whatever obstacles they faced. The character needed to do this and at the end of the day, still be the same person she was before the bad.

In real life, Heather has done this–just in a different way than the character. She’s overcome cancer, become a mother, and never forgotten who she was, those from her past, and she’s never forgotten about the people she cares about; even giving her son the name of her dearest friend.

Please Note: The actual events and actions taken by the fictional Heather are not true and do not represent the real Heather, Heather’s Turn, is a work of fiction.

Character Description: Mariana Hernandez is Miguel’s mother. She was Alice’s best friend and lives in a mental institution reliving, day after day, the day she watched Alice die. When she sees her son, a spark comes back into her eyes, gaining the nurse’s attention. Will she overcome her past? 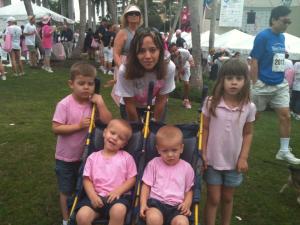 Mariana with her kids at Race for a Cure

Mariana, a childhood friend of the author’s, is a mother of 4 children. She has a 6 yr old daughter named Gisela, a 5 yr old son, Derrick, and 3 yr old twin boys, Jayden and Jonathan.

She loves working as a sonographer and in her free time, Mariana spends time with her family and as a hobby, enjoys running. She loves running and training to beat herself in races. So far, she’s completed 2 half marathons and will start training for her 1st full marathon in the summer. One half marathon she’s raced in was ‘Race for a Cure’.

Why the author chose her name, Mariana, to represent the character:

Running a half marathon

The character, in this story, represented a person with the ability to care for and love family and friends unconditionally–unfortunately, causing great emotional distress for themselves.

Unlike the character, the real Mariana, was born in a large family, where they did and still do many things together–fortunately, causing them great happiness.

Please Note: The actual events and actions taken by the fictional Mariana are not true and do not represent the real Mariana, Heather’s Turn, is a work of fiction.

What is a Blue Pit Bull?

There’s various types of pit bulls. I found some interesting information on Blue Pits here. They also have a definition about the American Bully breed as well.

Character Description: Teacup is a blue nosed pit bull. She becomes Heather’s pet. She is named after the spinning teacups at the carnival where Heather lives…

Teacup is the author’s mutt mixed with German Shepherd and Teacup Yorkshire. She loves to run and wouldn’t hurt a fly. Teacup was originally named T-bone by her first owner (teacup because instead of being a teacup Yorkie she’s a teacup shepherd!) and she is petrified of cats! Teacup is now ten years old but as energetic as ever.

When Teacup was little she chewed anything and everything. This is why she wears a metal collar. It’s the only one she can’t eat through! (She’s been known to eat right through a flea collar too.)

She can sit, roll over, play dead, ‘high five’, shake, take half a cookie, walk on a leash without the leash–right at your side! One of the best dogs the author has ever owned!

Character Description: Shiesha Ivy is the daughter of Patch Ivy, one of the carnival kings, and the late Kelly Ivy, who was brutally murdered in a hate riot back in the ’80′s. She lives in the traveling carnival with her father, has a special gift when it comes to learning and taking care of others. Her father, Patch, is in charge of most animals on the grounds. Shiesha is who they go to when there’s a medical problem with one of them–or even a fellow carny. She wants to be a doctor and possibly even a veterinarian.

Once an elementary school classmate of the author’s, Shiesha is now a 32 year old, proud, mother  of 2 boys aged 11 & 5,  “which are my life”. She currently resides in the same city with which the carnies visited in Florida, unlike the fictional character, Shiesha was born and raised in Delray Beach.

Why the author chose her name, Shiesha, to represent the character:

The character, in this story, represented a person with determination and humor. No matter what life threw at the fictional, Shiesha, she did not allow it to derail her from what she wanted. Her heart never changed despite everything she suffered and she never lost the ability to enjoy life–even in her darkest moments.

The real Shiesha, as a kid, always laughed and appeared to enjoy the good moments, even if others around her didn’t.

Please Note: The actual events and actions taken by the fictional Shiesha are not true and do not represent the real Shiesha, Heather’s Turn, is a work of fiction.

Here’s two more photos of my grandparents’ donkey. He is a gorgeous guy! But, he will nip at you if given the opportunity. I didn’t stand too close. ;o)

Heather's Turn
Create a free website or blog at WordPress.com.